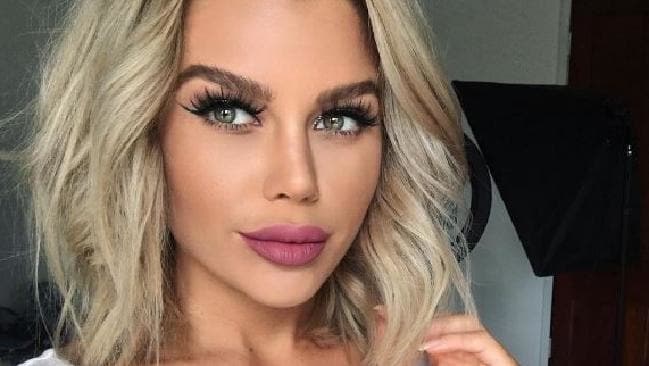 As a reference, I wrote this after reading this post: Former Big Brother contestant botched Thailand boob job

I have no idea who Skye Wheatley is. Never watched Big Brother, let alone the Australia version. Never heard of Kyle Sandiland, Trial by Kyle, or Medi Makeover.

But I do know breast augmentation - especially breast implant revision - and Skye's before and after photos in the article pretty much tell the whole story:

In the before picture, it's clear that her right breast is significantly smaller than her left breast. It's also narrower (what plastic surgeons call the base diameter) and the bottom of the right breast (the inframammary fold) sits about an inch higher than the fold on the left.

These are some pretty significant asymmetries. They can be dealt with and improved but not in the way her surgery was done. Skye says that she had her surgery in Thailand and had her breast augmentation done by a surgeon she didn't know who didn't speak English. What could possibly go wrong?

Judging from the after photo, it looks like the surgeon tried to fix the asymmetry first by lowering the right inframammary fold (a lot.) This almost never works. In order to compensate for the smaller right breast size, he also seems to have put in an implant too wide and too projecting for her breast. Doing these two things will predictably produce a double bubble, often immediately as she describes.

I would have recommended a different approach:

The point of these moves is to make the two breasts as similar as possible before inserting the implants (which is done at the same surgery.) Ideally, I want to be able to use the same implant size and style on both sides.

These three techniques could still be used to fix Skye's breast augmentation complication but she would also need:

There are many steps you can take to choose the right plastic surgeon and minimize your chance of complications after breast implant surgery but let's start with a very basic one:

Don't travel to another country and let a surgeon you don't know and can't understand do your breast augmentation.

* All information subject to change. Images may contain models. Individual results are not guaranteed and may vary.