DALLAS WOMAN HAS SURGERY TO CORRECT BOTTOMING OUT IMPLANTS AND CAPSULES 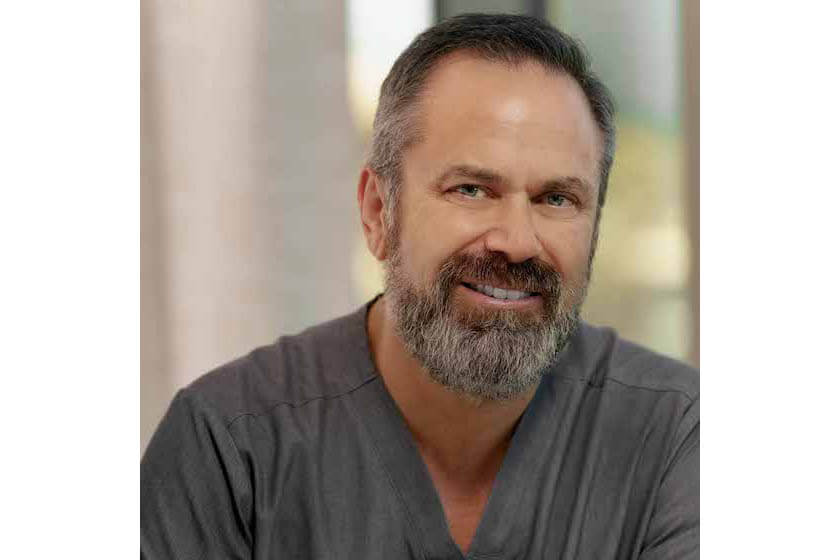 This 38-year-old Dallas woman had had saline breast implants placed 9 years earlier elsewhere. She came to us because, over time, she had developed two problems: 1) The left breast had bottomed out. A recent pregnancy had caused her breasts to engorge and then shrink. This caused the skin on the bottom of the breast to stretch and allowed her implant to drop too low on her chest. Her inframammary fold was still in the correct place and she did not have a double bubble. 2) She had developed a moderate capsular contracture (scar tissue build-up) around the right breast implant. The scar tissue deformed the implant and pushed it higher on the chest. So, in reality, neither implant was in the correct position. Dr. Schwartz fixed the left breast by internally suturing closed the stretched left implant pocket (capsulorrhaphy). He also removed a short wedge of the stretched skin from the bottom of the breast (inframammary mastopexy). On the right side, Dr. Schwartz released (capsulotomy) and removed (capsulectomy) scar tissue as needed to allow the implant to settle into the proper position. The patient wanted to continue with saline implants but opted to switch both to a slightly larger size to increase upper fullness. 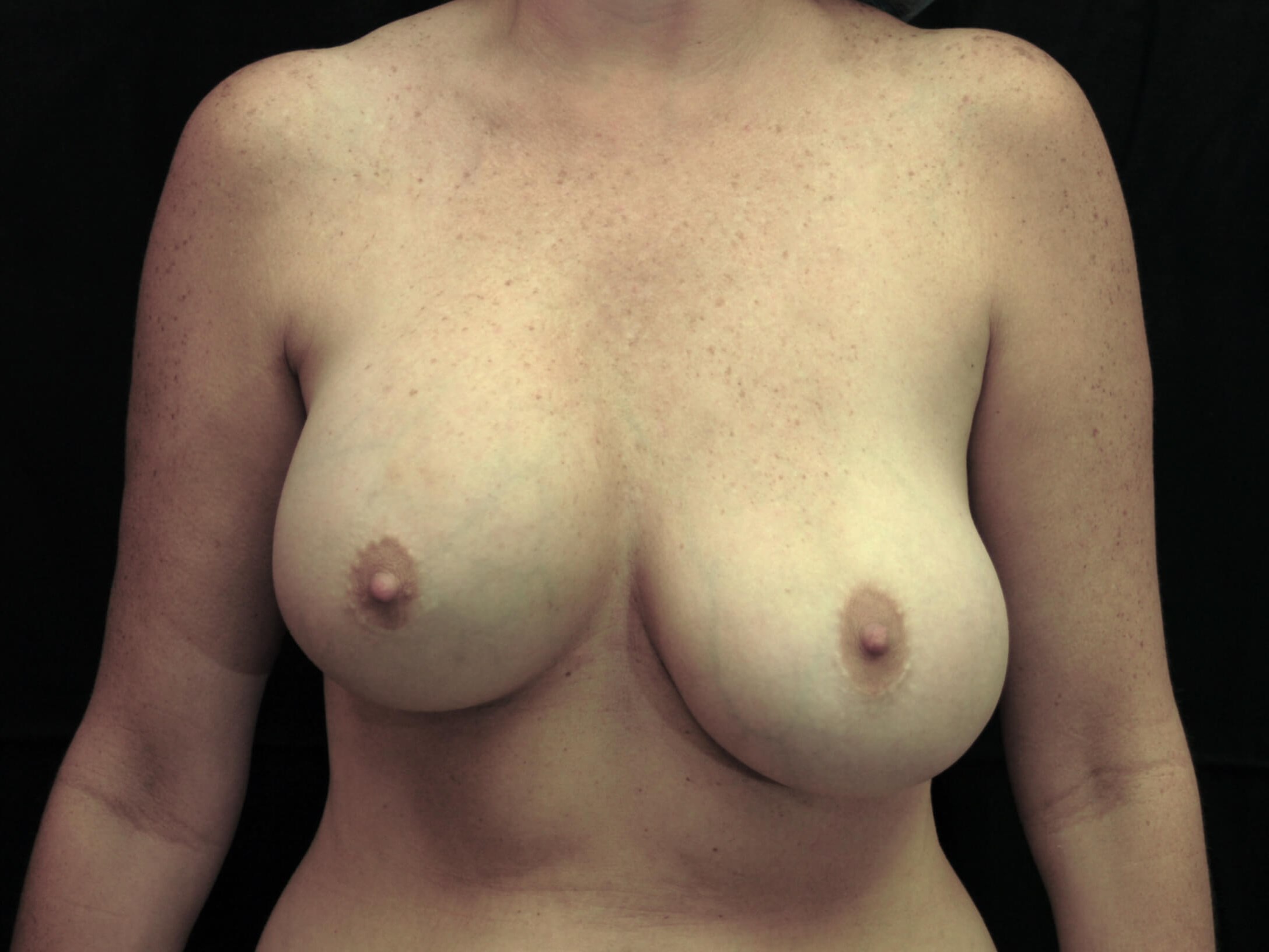 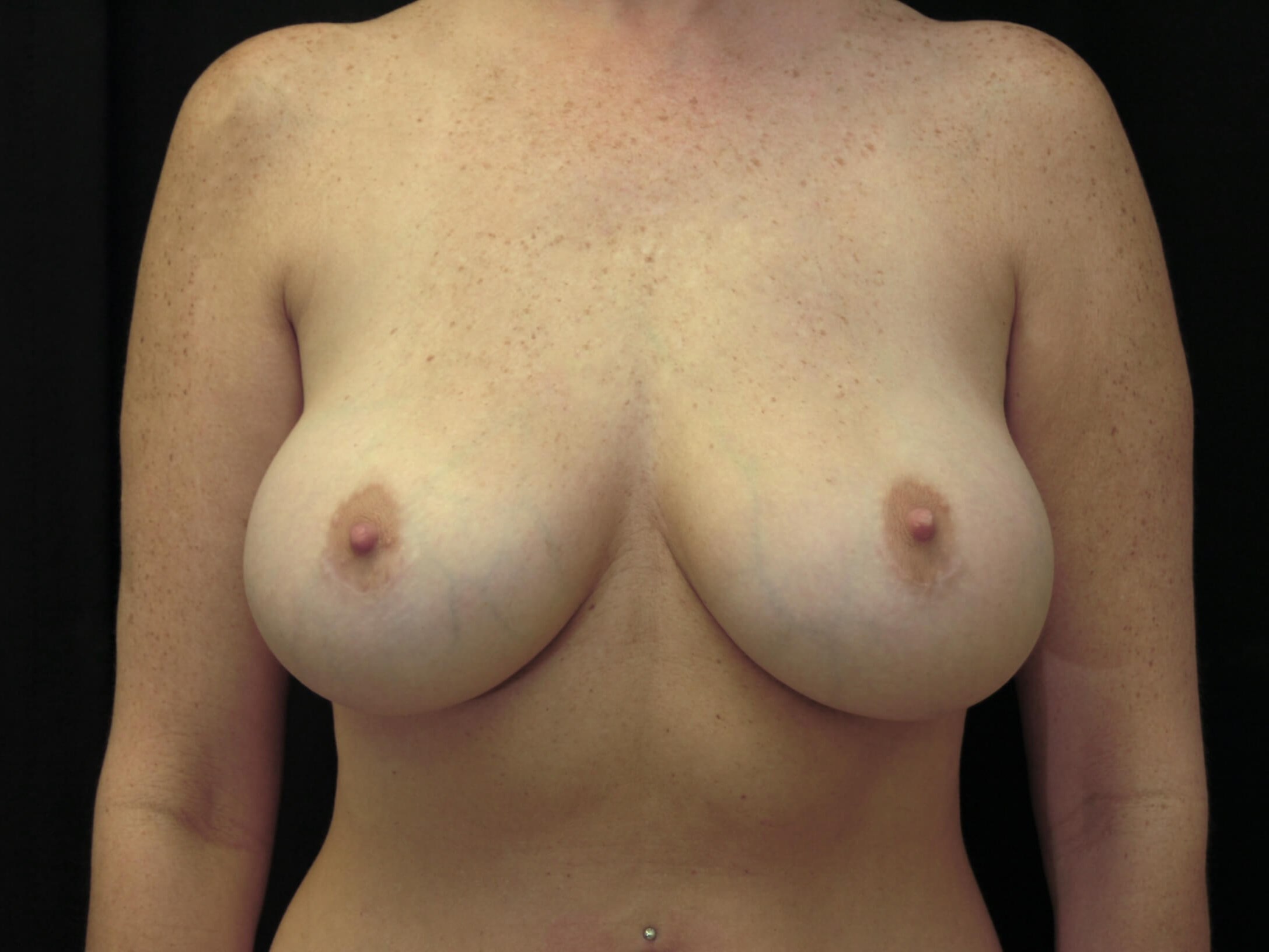 Before and After Photos

Get the look you want

*Individual results are not guaranteed and may vary from person to person.